The plastic straw that broke the camel’s back? 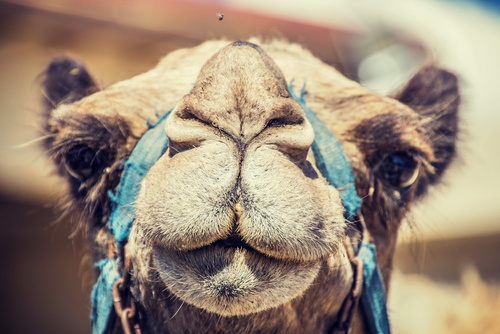 A Sunday night TV programme has started a revolution. With Blue Planet II we watched entranced at the wonders of our deepest oceans. We asked whether that see-through headed fish was real or a CGI creation. Later in the series, in love with our wonderful world, we wept in despair as the true casualties of the plastics polluting our waters was brought home to us.

The backlash against plastics was immediate. There had always been worries and concern about the amounts of packaging, but most consumers had managed to salve their consciences with thoughts of recycling. Now, it was becoming evident that much of what we use isn’t suitable for reprocessing or is contaminated and is dumped. The talk moved to what could be done: questions in Parliament, plastic-free aisles in the shops and banning the humble – but apparently lethal – plastic straw.

I’m not here to defend plastics. But as a marketing specialist, I’m acutely aware that many thriving, legitimate and respected businesses have suddenly, because of the groundswell of public opinion, become pariahs. Indeed, on The One Show this week, workers in one UK manufacturing plant said they were reluctant to admit what they did for a living.

Imagine the change around from the early decades of the 20th century when this exciting and revolutionary new material began to be widely used. Foodstuffs had longer shelf lives, transport was easier, wastage was reduced, hygiene improved. Plastic in the wrong places may be lethal, but it’s massively convenient. And it’s everywhere. Sometimes we barely realise we’re using it – the pipes that carry our clean, safe drinking water, the stents in our arteries, the plastic plugs we use when we recharge our indispensable mobile phones.

It has taken decades for plastics to infiltrate almost every aspect of our lives, and it will take decades for us to understand the consequences and devise solutions. What’s happening now is that the process has been given a short, sharp shock. Answers will be found, but in the meantime, there will be job losses and business closures, and a huge range of industries will be affected.

Think about that little bendy plastic straw, wrapped in cellophane and affixed with a dab of glue to a child-sized tetra pack of pressed English apple juice, sitting chilled in a vending machine … you can see where I’m going. To avoid the straw, the carton vendor decides to source juice servings in lightweight, screw top – plastic – bottles, which have a tiny strip of tear-off plastic for security. We go around in circles.

This isn’t a case of saying nothing can be done, that it’s too complicated and too costly to solve, but rather it’s about admitting that it is complicated. If we knee-jerk too much, we’ll swap one problem for another. And if we throw too much blame at our plastics industries, we’ll damage those perhaps most able to engineer the practical, safe and workable answers we need.

We need to be honest about our complex, industrialised culture. We need to admit that with global populations where they are, we need technology – not a sentimental attachment to green ideologies that worked once, several billion human births’ ago. If we restrict every industry that causes a potential problem, our societies will be unrecognisable.

While manufacturers of paper or bamboo straws step up their activities and capitalise on the public mood, manufacturers of the plastic variety are wondering if they will weather the storm. They don’t need the extra weight of public censure. They have problems enough.

Blue Planet II has shown us that change is required, and it will happen if interest in making progress is sustained. The risk here is that by focusing on the quick fix – the supposedly simple things like plastic drinking straws – we lose sight of the real scale of the problem and public opinion moves on, as it will, to the next big issue.

I believe we need to park the current criticism of our plastics industries and focus on helping them to make meaningful changes step-by-step. We should be able to work together, keep our industries productive and have cleaner oceans, but we won’t do it if keep on with this culture of blame and shame.

Folks, we bought those straws.